Remember this lonely little tree from May, 2011? 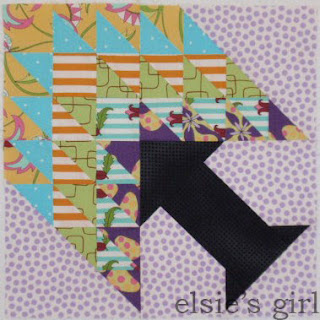 She was rescued from the work-in-progress pile last week and now has four mates! 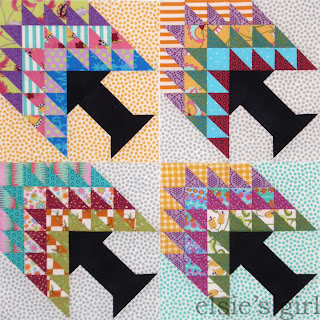 The majority of fabrics are from Sarah Fielke's line "From Little Things" released in early 2011. The dots on white are my favorite - I'm using the lavender, grey, yellow, and teal dots for my tree backgrounds. 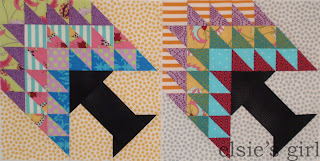 The stripes are also from that line, but I've thrown in some Kaffe (of course!) and some Art Gallery Oval Elements to mix things up. 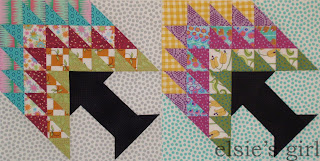 As always happens when you let projects sit for too long, it took me some extra time to get back in the groove of what size and quantity of fabrics I had to cut for each tree. While each 14.5" block is still more time-consuming than you'd think, I've cut it down to about 2 hours each by making 4 in a row uninterrupted by other projects.

The other thing that happens (to me, at least) is that after some time is allowed to pass, occasionally I'm not as excited about the borders and sashing fabrics that I originally chose. So those funny birds (I'm kinda done with that whole "put a bird on it" fad) and wacky vines that were slated for setting triangles and borders will now likely end up on the back. A wild new Kaffe print and some bright fuchsia stripes are taking over as setting triangles and sashing. The border choice is currently undecided - the two leaders are a new floral from Philip Jacobs and a oldie but goodie leaf print from Kaffe - the final choice will be made when the rest of the top is complete. I'll show you some photos of those beautiful fabrics next time. It's going to be a wild one, for sure!

Five down, three to go!

Or maybe seven to go - if eight trees are good, then twelve trees are better, right?