And the applique work is finished!! My neck and back are so very thankful :)

Great Britain, Ireland, Iceland and Novaya Zemyla (shown below) took a total of 26 minutes to stitch.  I had originally cut Novaya Zemyla as the shape on the right in this photo.  But after spending so much time stitching around all the tight curves found in Asia and Europe I took a few liberties and simplified the shape to make my job a little bit easier.  Wikipedia tells me that this archipelago is the easternmost point of Europe and that it is a northern extension of the Ural Mountains in Russia.  Since the Ural Mountains are generally recognized as the dividing line between Europe and Asia I chose to include it as part of Europe. 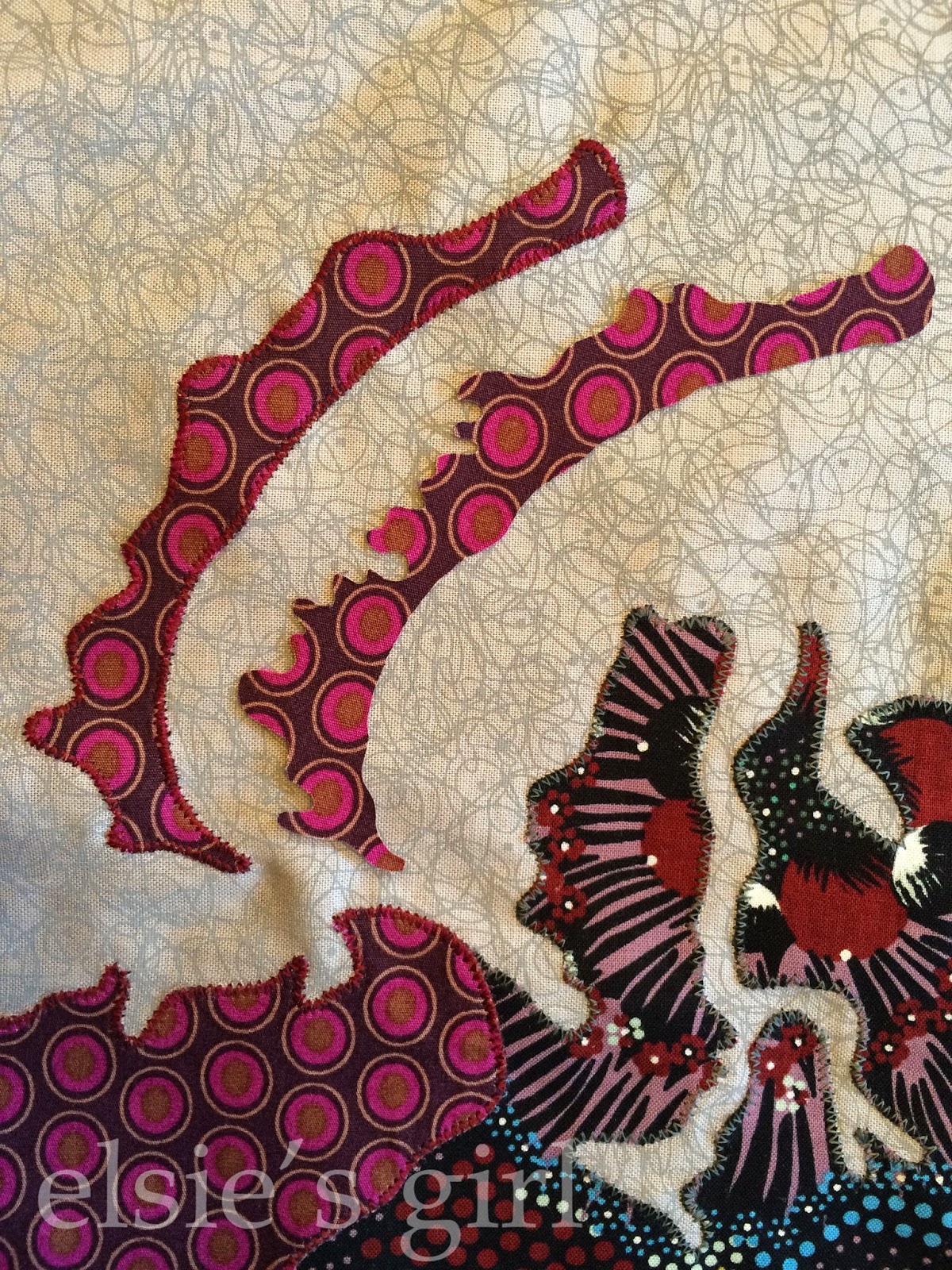 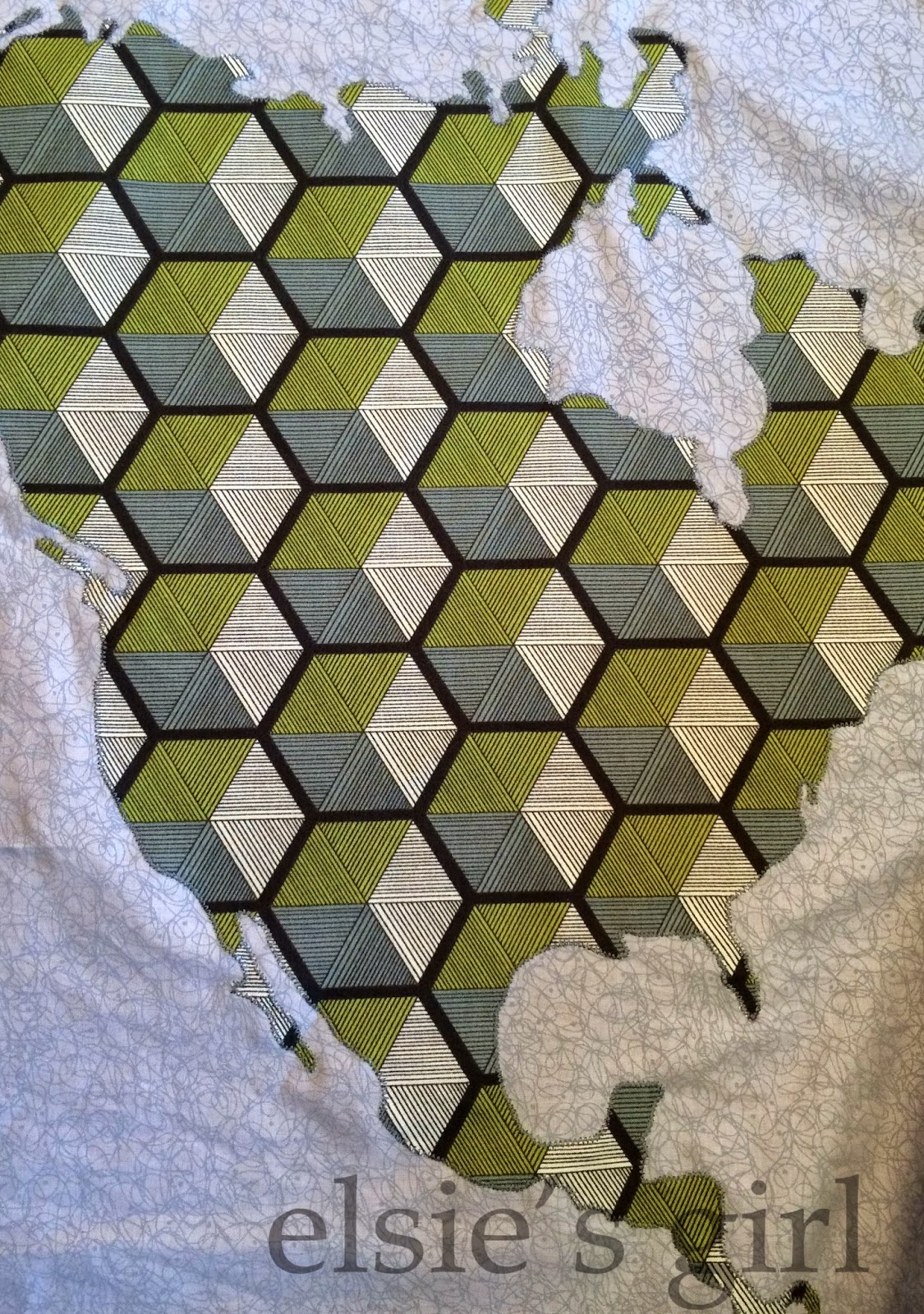 And the islands of Nunavut and the Northwest Territories took another hour and 17 minutes. Again I took some liberties here with the island silhouettes to make tracing, cutting, and stitching do-able. 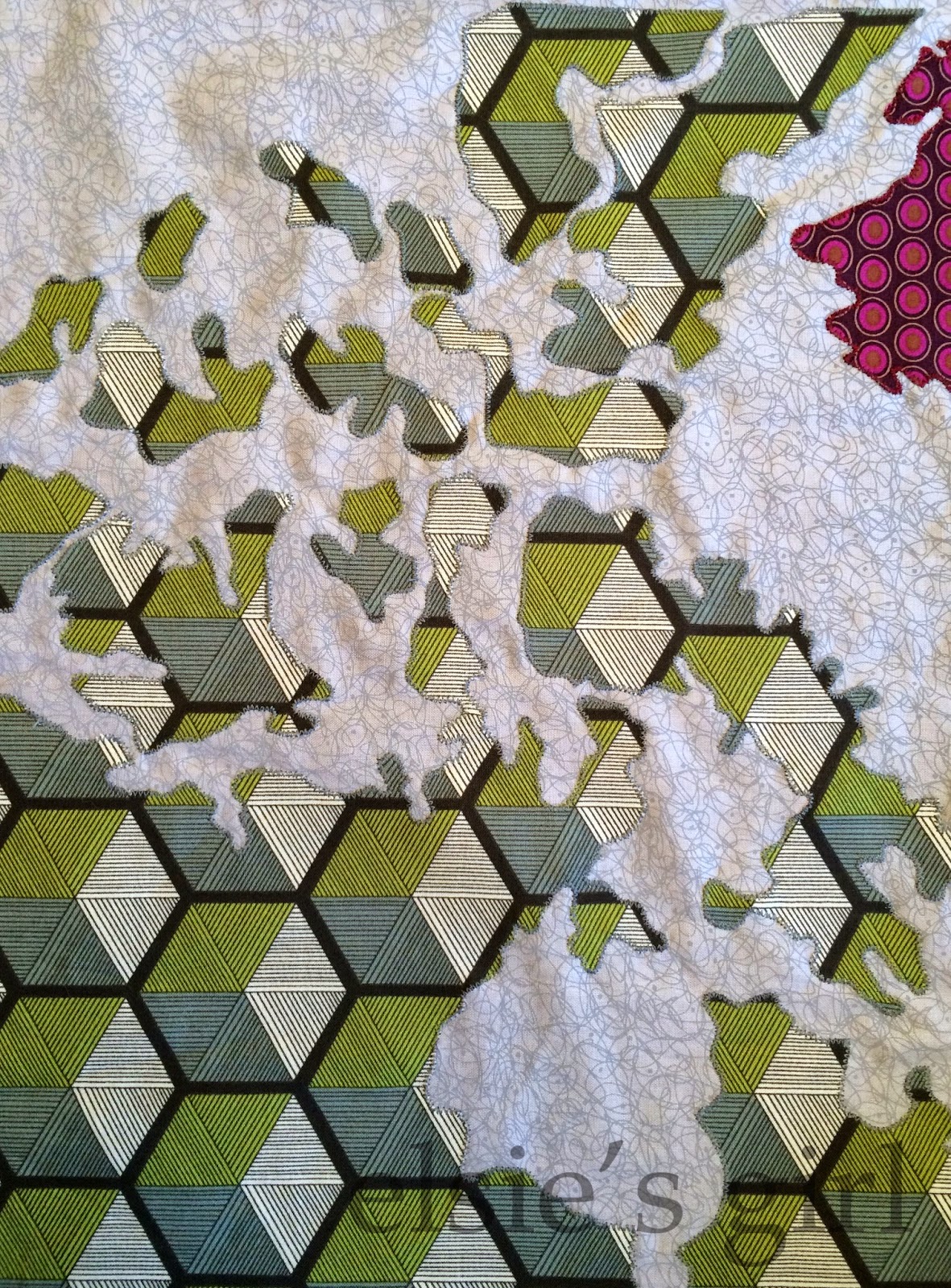 South America is my new favorite continent - only 17 minutes for this one! 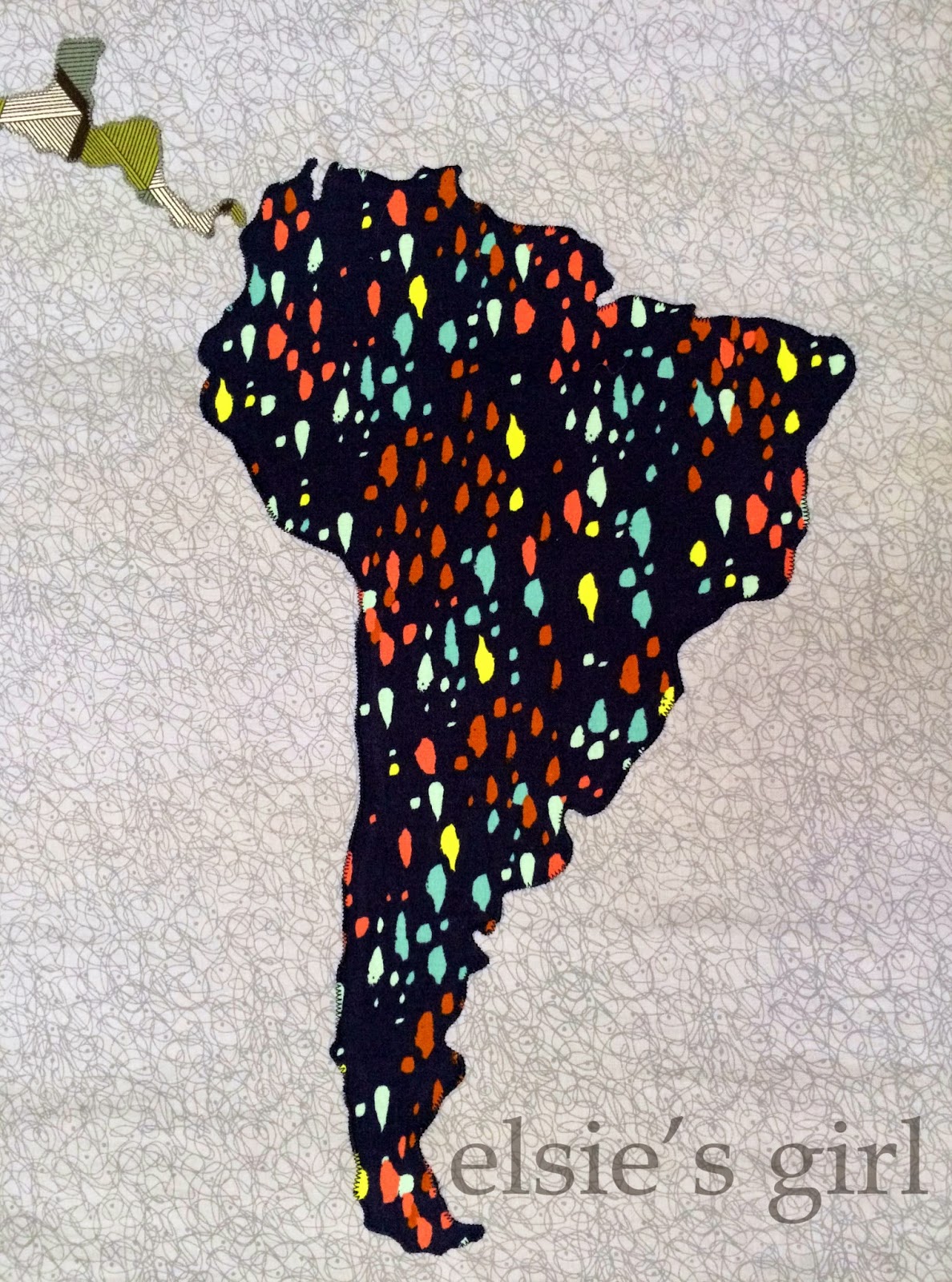 And lastly I added the largest islands of Japan and the Philippines in 27 minutes. Whew! 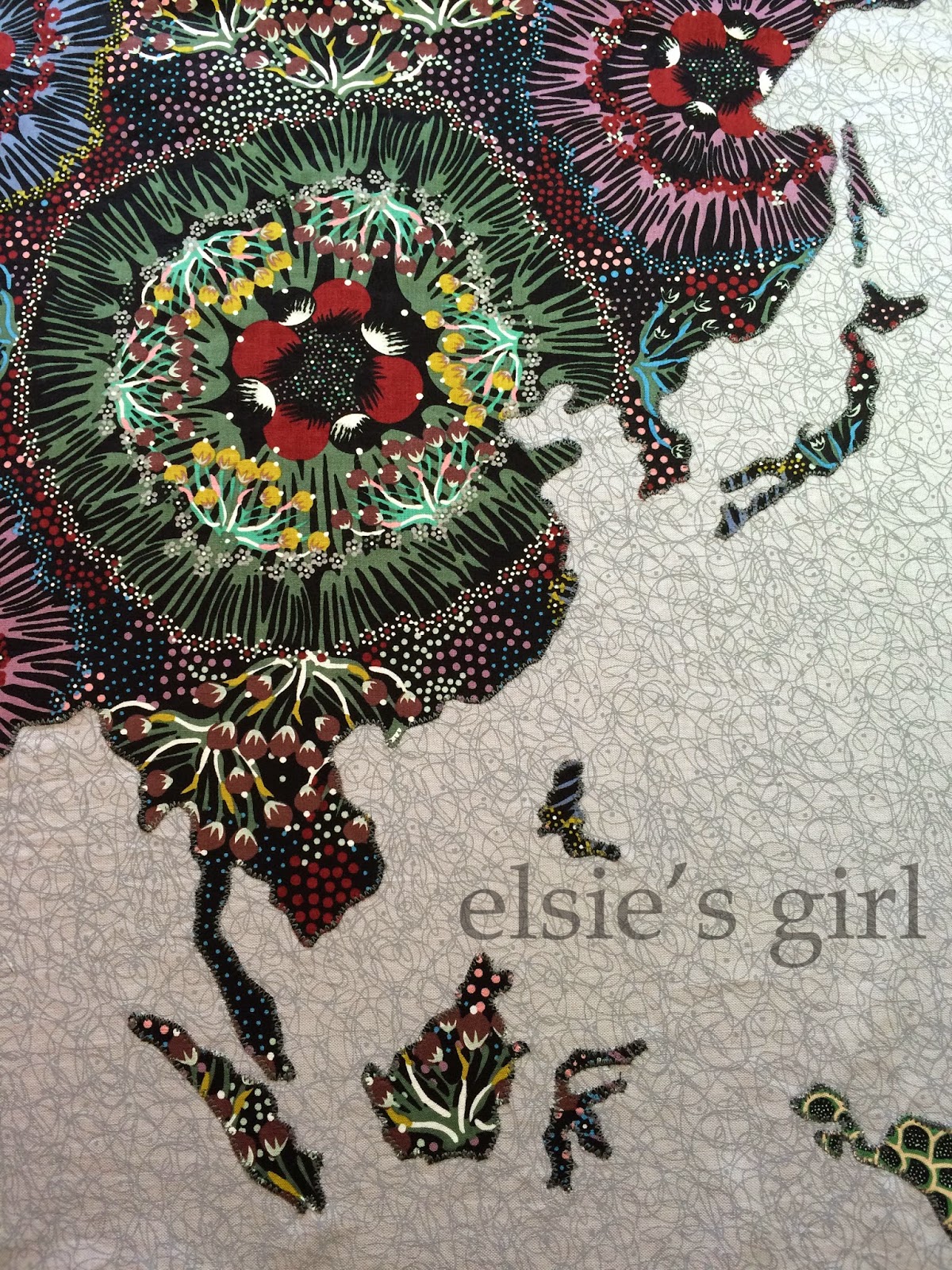 I took this photo to give you an idea of the size of this quilt center. Those are my pink converse shoes, and I'm standing up on my tiptoes hovering the camera at eye level to get almost all of the quilt top in the photo. 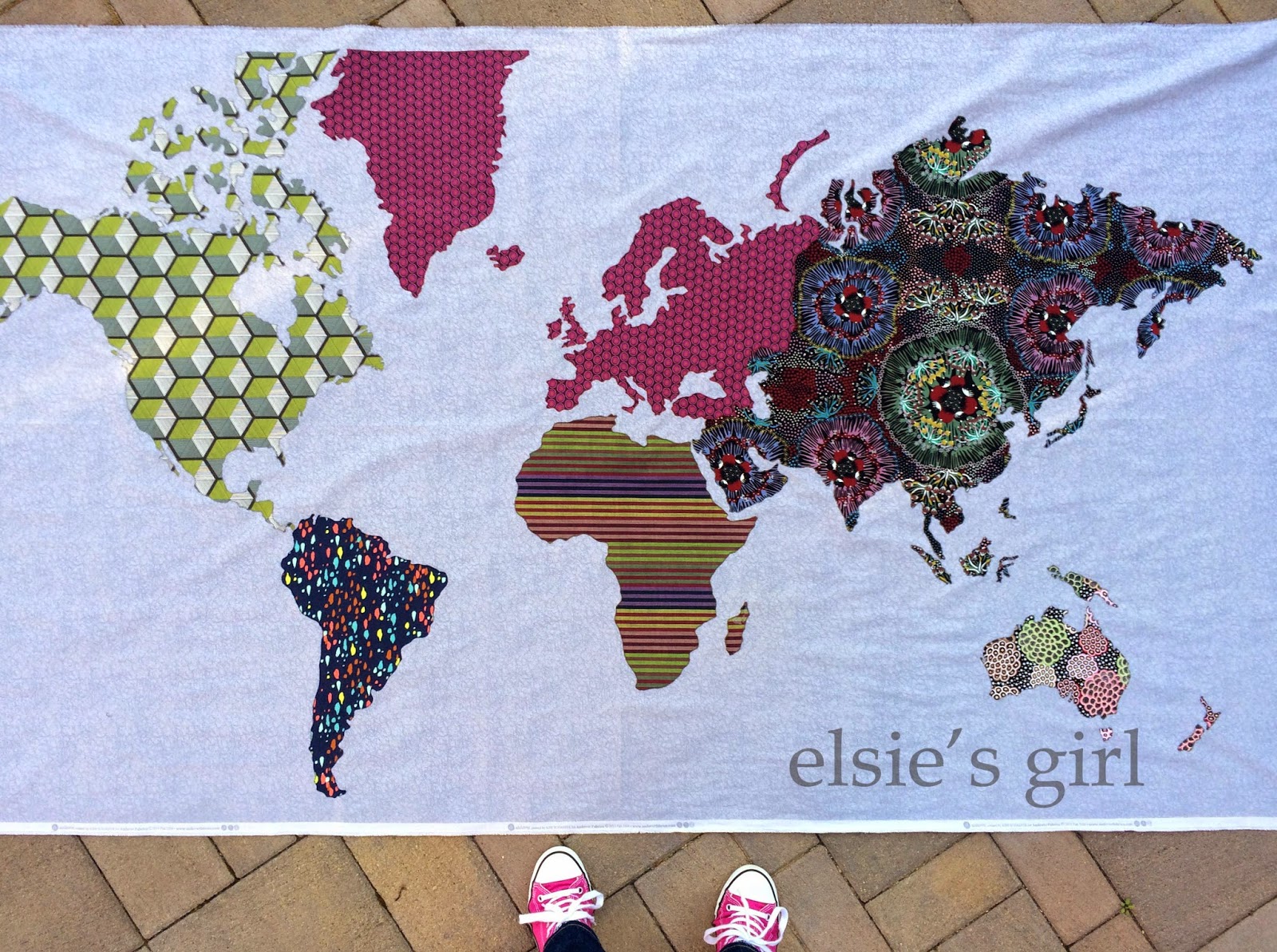 Total applique stitching time: 7 hours, 10 minutes (goodness it felt like so much longer than that!)

The Mercator projection was used to create the silhouettes of all the continents and islands shown on this quilt.  On all map projections, shapes or sizes are distortions of the true layout of the Earth's surface. The Mercator projection exaggerates areas far from the equator. In case you are wondering what that really means, here are some fun facts about it:

So yeah, the quilt top is not completely accurate, but it's easily recognizable as a map of the world, and we are okay with that :)

Next up: 198 flying geese units for the quilt border!
Posted by Shelley at 5:36 AM