My Border Challenge class meets again this week, and I am ready!

For the third round, our design element assignment was a four-patch block. Ugh. The second border I had added felt square-ish enough already, so I decided to include only a few four-patch blocks (tiny ones at that!) and to set them on point. My color requirement - determined by drawing a crayon - was blue green. Hey - I can work with that! In fact I already have in both the first and second borders. 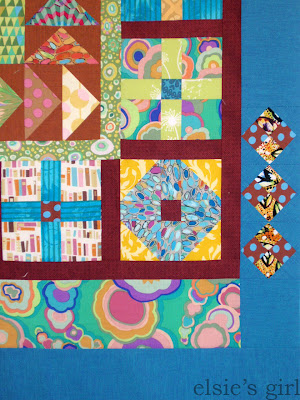 The most challenging part of the assignment was this ugly fabric... Yes, it had to be included somewhere in the border. I've heard that no fabric is ugly if you cut it up small enough, so that's what I did. The squares in my four-patch units are 1" finished! Now look back at the first photo... Doesn't seem quite so ugly, does it? 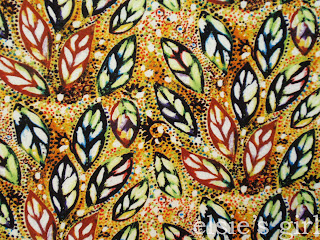 I went with a relatively simple border this time. While I love the top so far, it was feeling just on the edge of being too busy and a bunch of four-patch blocks all around would have tipped it right over that edge. But I think the 3" of blue green and 1" of burgundy all around stop the "busy-ness" and ground everything in the center. Which means now I can go crazy on the next border! We have two more challenges until the class ends, and I'm hoping for triangles and applique to be our remaining design element assignments. We'll see what happens on Wednesday! 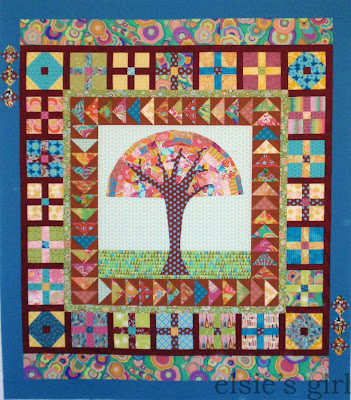 Can you see the strips of Kite Tails in Emerald on the top and bottom between borders #2 and #3? I had some strips left over from the back of my Twinkle quilt, and the colors seemed to be perfect, so used them to elongate the quilt into a rectangle. And it really is straight along the bottom. I think I was a little too heavy-handed when smoothing it out over the design wall, stretching it out a bit too far on the right bottom.

The blue-green border fabric is Carolina Chambray from Kaufman in Marine. I purchased this fabric at an LQS - Sew Generously - but can't find it in that color online to provide a link for you. It's like a shot cotton with two different thread colors for the warp and weft, but a little heftier in weight and body. Very nice.

The ugly fabric is... hmmm. How can I say this politely? It's not the ugliest fabric I've seen, but I won't be searching for more of it ;)

Three borders down, two to go!