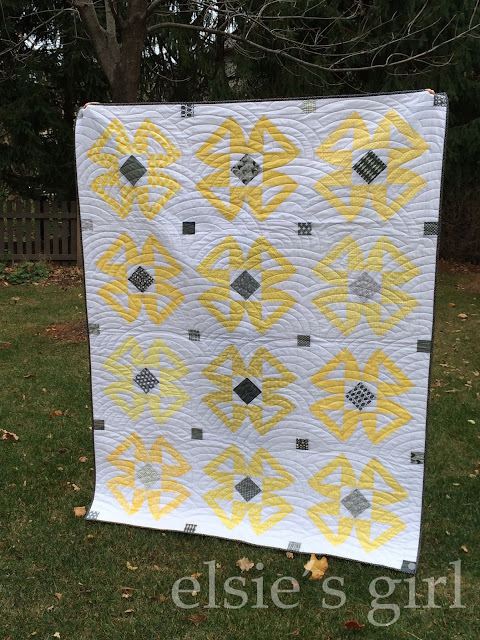 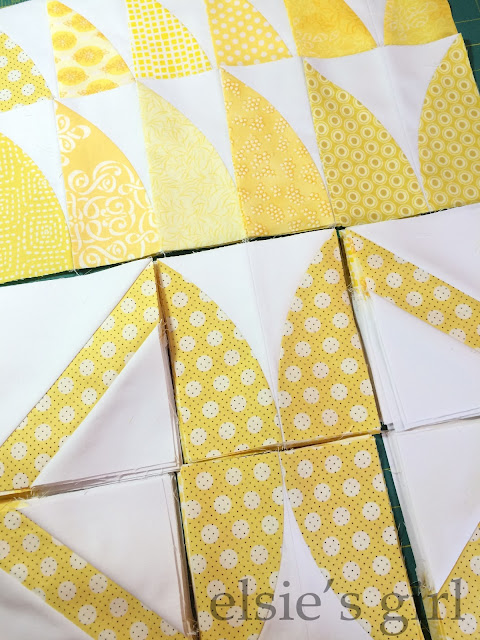 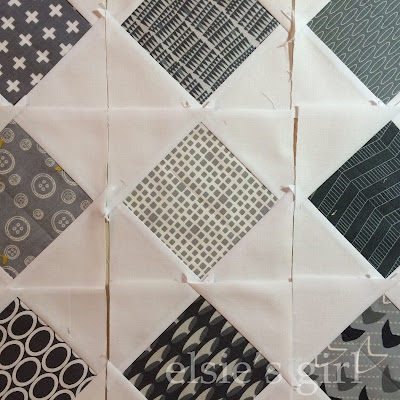 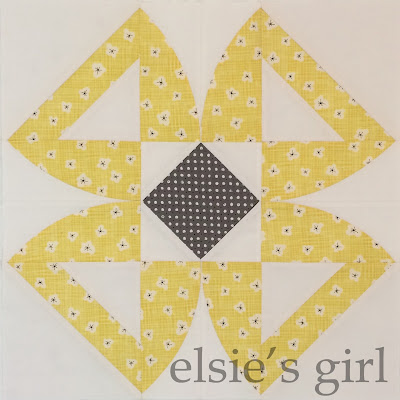 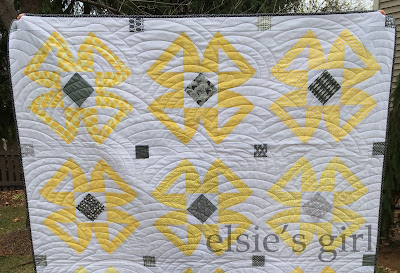 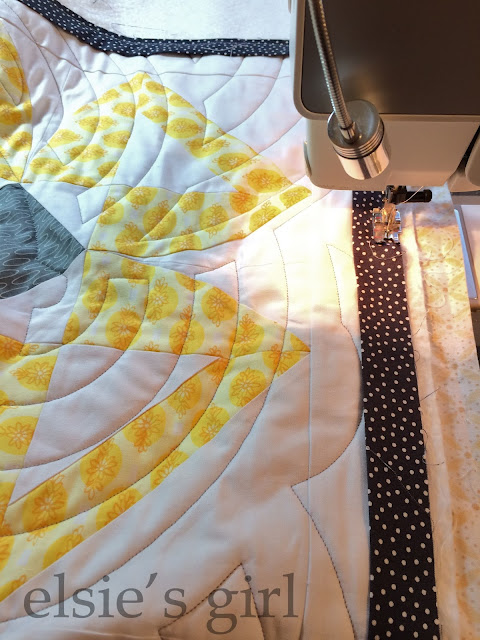 I have so many works-in-progress right now that it's a bit embarrassing.  But I still managed to start two new projects last week!  One of them is being quilted right now, and I hope to bring you photos of it completely finished next week.  Maybe one day soon I'll count all the UFOs again and publicly confess the number...
Posted by Shelley at 5:30 AM 6 comments:

I have finished English paper piecing (EPP) and sewing all of the main components of my Grandmother's Flower Garden hexagon quilt!  There are 32 flower clusters, 6 star points, and 19 groups of background hexagons.  The empty spaces between sections will be filled with additional background hexagons as I sew the segments together. 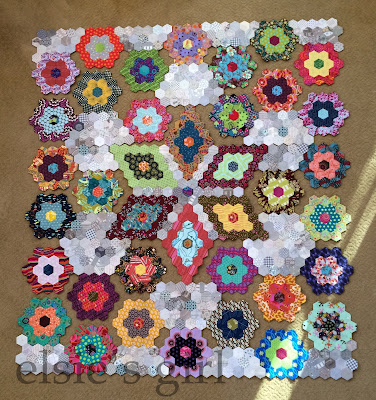 The final seven flower clusters were completed earlier in January. 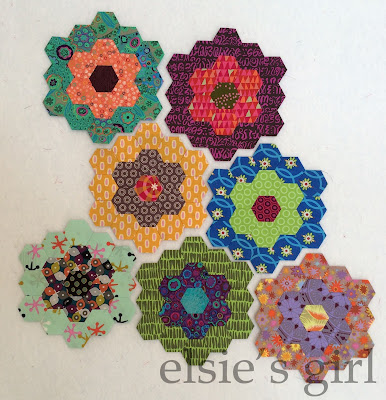 And last weekend I decided on a final layout which was transferred to a new coloring diagram.  Now all the flowers and background segments are numbered to make it clear which pieces go where as I sew them together into larger sections. 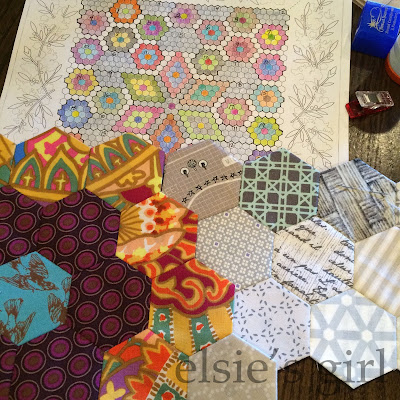 It's a bit tricky handling these larger pieces as I sew them together, so I've divided the diagram into six sections which I'll piece together before joining them all into one large quilt center.  Not exactly a portable project for much longer!  I've selected and purchased a border fabric, but I haven't yet decided on what the border design will be - maybe more hexagons!  For now I'm concentrating on keeping my momentum so this does not become another UFO ;)


Anyone else out there working on a long-term hand sewing project?  A big challenge right now is where to store all of these pieces while they're being sewn together - ziploc bags aren't cutting it any longer!
Posted by Shelley at 5:30 AM 2 comments: