I could not be happier with the way this quilt turned out!  It is exactly as I pictured it in my mind thanks to the amazing quilting done by Carol Linder in Hampshire, IL. 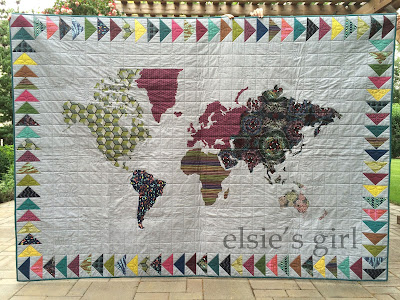 The map portion is quilted in a 3" grid to mimic the latitude and longitude lines on a wall map. Thing 2 made a list of 40 city and country names that she wanted to be placed randomly over the quilt top in lower case script - places she has visited as well as places she hopes to visit in the future. 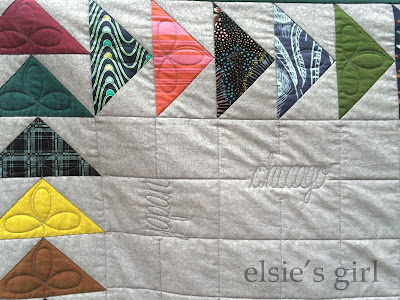 Carol had some difficulty finding a script font that would string letters together to form words; all of the script fonts she already owned would stitch a hard start and stop for each letter. That's a lot of starting and stopping spread over 40 words! 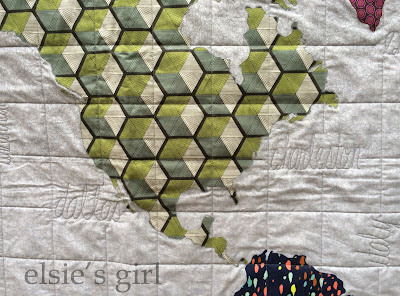 But she persisted and was able to find this font, and it's perfect stitched in medium grey thread! 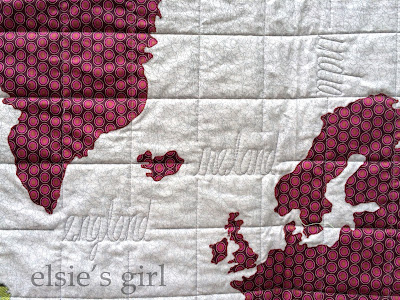 The final requirement was that the words interrupt the grid lines and be randomly scattered across the quilt in both the horizontal and vertical directions but only in the "ocean" areas, not on the continents. And again, Carol rose to the challenge plotting out all the lines and words on her computer to perfect their placement. 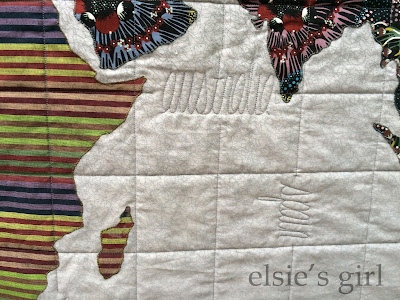 She had to quilt all the lines in one direction first, then remove the quilt from the long arm and rotate it to quilt the perpendicular lines. It all worked perfectly! 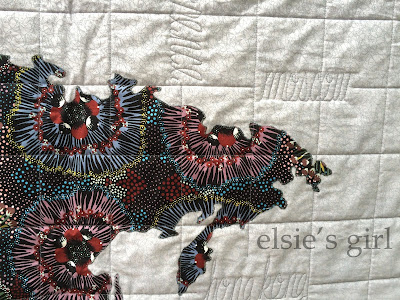 A repeating looped stitching pattern in olive green thread fills all of the flying geese units. 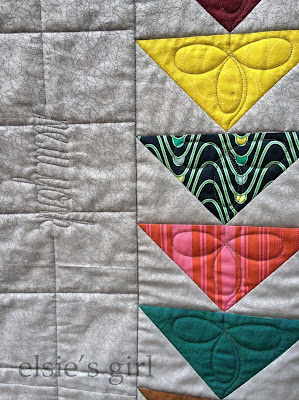 Bridges on the back symbolize Thing 2's interest in Civil Engineering and Physics. 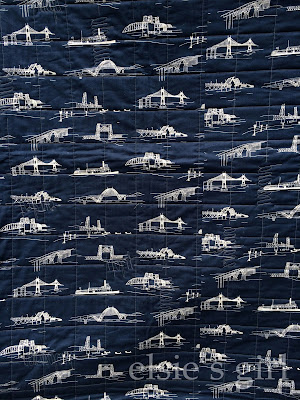 We haven't washed the quilt yet, so it's still crisp and crinkle free, but I'm anxious to see how it looks after washing. 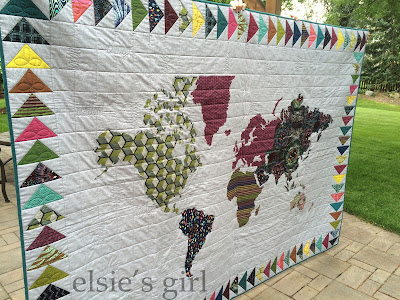 That will have to wait a few months though, because it's living in it's new college home now. 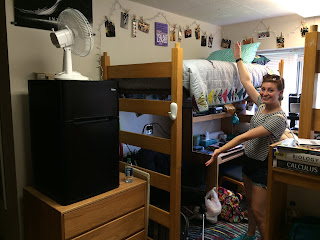 I asked Thing 2 if she was disappointed that more people wouldn't be able to see her quilt since the bed is lofted so high. Her response - "Mom, so many more people are going to see the quilt on your blog than would ever see it here on my bed!" :)

Next time I'll show you the coordinating pillow sham I made with some of the extra flying geese units.

If you would like to know more about how I created this quilt top, you can read these earlier posts: